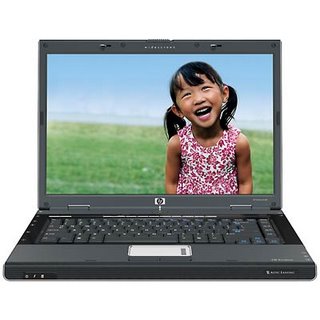 My Fed-Ex man just dropped by and my business became instantly mobile.

I have been out on my own for just over four years now, and I have operated my business on a Dell Dimension 8200 desktop computer. I have no real complaints about the setup, the Dell has been a real workhorse. It would have been much cheaper to go with the upgrade of the Dimension, but I decided to replace it with a state-of-the art HP Pavilion dv5000t laptop, fully loaded.

After much research I had boiled the selection down to the HP, the Lonovo Think Pad and a Dell Inspiron.

I went with the HP for a few reasons, one being that the HP came with Microsoft Media Center, allowing me to capture video and television for presentations. This is a big deal as BitTorrent and other technologies will allow us to do so much more with video on the net.

I also liked the HP docking station the best of the three options. I still like having a real screen and a mouse and keyboard, and better yet, they are wireless.

Why not a MacBook Pro?

Mostly because I am not willing to pay the $3,000 or so to migrate all of my software over and it doesn’t currently have a docking station. Sure, you can work around it, but who wants to experiment when you have a business to run?

I just plugged it in to charge, so I have no impressions of the computer yet, except that it is pretty light and cool looking, but I will be migrating slowly over the next week or two.

Now my computer will go with me wherever I go. Very cool indeed.