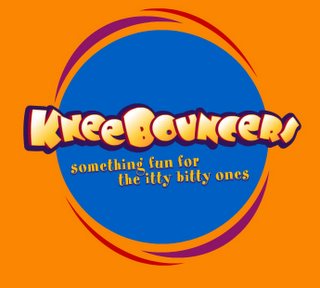 Although I know there is a lot of controversy about when children should first be exposed to computers, my 22-month-old son loves Kneebouncers.

He always wants to get on the computer “just like Mommy” and Kneebouncers provides an intelligent way for him to do it. It teaches babies cause and effect, when they push any button something happens on the screen. It has great characters and is pretty simple with great colors. An overall creative and effective use of Flash technology.

The site has no advertising and was created by three guys with small kids because they felt they could do it better than what was out there. The site went on to win an Addy award. Here is what the developers had to say:

We are Jim Robinson, Kurt Dommermuth, and Mike Robinson. We created Kneebouncers because like you we spend time online and wanted to share some of that time with our recently minted clones.

My son has been “playing” the game since he was about 8-months old. It seems the Flash developer for this was Kurt Dommermuth, a Flash freelance specialist. I included a link to his resume that I found online (via Google), in case anyone wants to find him.